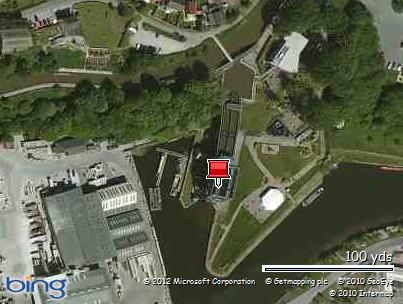 After some lunch, we sorted out our anchor and laid it out on the bow with the chain and rope just in case it should be required. Fingers tightly crossed that it will not, but I am all about safety first. After that was done we set off for a walk in Marbury Park. 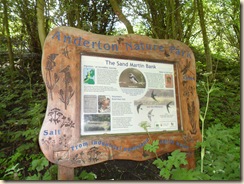 We found ourselves in the Andertson Nature Park. 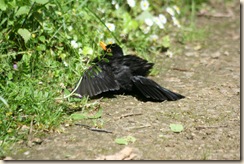 This male Blackbird was sunning himself in the very warm afternoon sunshine. 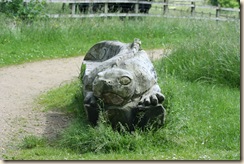 A great way to use a tree trunk. 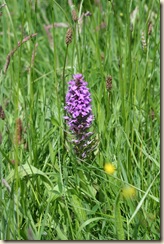 We saw lots of Marsh Orchids.

We then found ourselves at Haydn's Pool. The extraction of salt caused subsidence leading to the formation of pools known as flashes. The land became derelict during the 20th century as the salt industry collapsed. Much of the area has now been reclaimed for the purposes of conservation and recreation and forms part of the Mersey Forest. 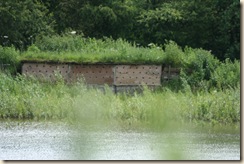 Haydn's Pool has a man made sand bank with nesting holes made especially for the Sand Martins. As we sat in the hide we saw lots of Sand Martins going in and out of the sand bank, so lets hope this means they have young. 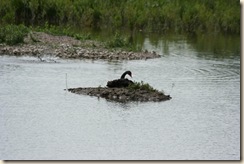 There was one Black Swan on one of the man made islands. 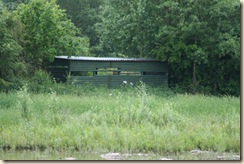 We sat in both the hides to watch the waterfowl go about their business. 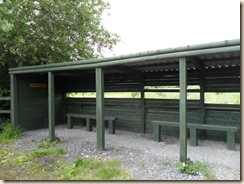 This one was paid for Tata Chemicals

We carried on walking until we were down by the River Weaver and the Anderton Lift came into view. 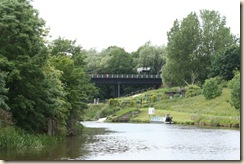 The trip boat was coming down river from Northwich 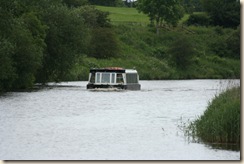 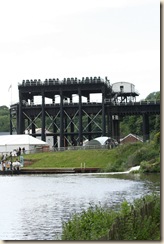 The Anderton Boat Lift  is such an impressive piece of engineering and I am so looking forward to going down on it tomorrow. The lift provides a 50-foot (15.2 m) vertical link between two navigable waterways: the River Weaver and the Trent and Mersey Canal. The boat lift was built in 1875 and was in use for over 100 years until it was closed due to corrosion in 1983. Restoration started in 2001 and the boat lift was re-opened in 2002 and it is amazing. Whilst we were there two boats were going down and the trip boat was going up. 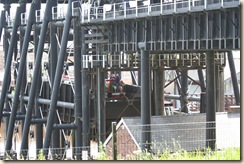 Because we were by now so hot, Keith bought us an ice cream each and we sat and watched the lift in action before going and collecting our information for tomorrows trip down the lift. We have been booked to go down at 10.45am with Buckden. 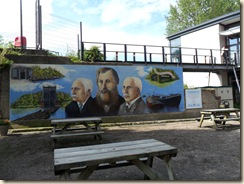 Our walk back to the boat was taken along the towpath and was very enjoyable. With no TV signal we will be delving into our DVD collection tonight. Curry is cooking, dog has been fed and mog is laying outside on the grass, so all is well in my little world today.