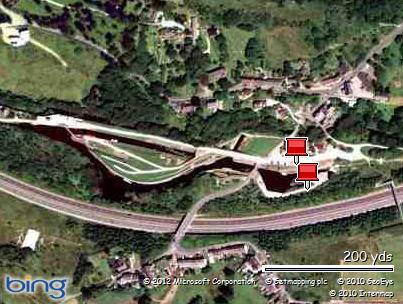 Travelled 2.9 miles, worked 1 swing bridge in a time of 2 hours.
Before I begin today's posting, I want to say

"CONGRATULATIONS to Rebekah and Matt on the birth of their little girl Eliza Grace who came into the world last night at 9.12pm and weighed 5 lb 6.5oz".


Ended up going to bed again early last night, as I felt well and truly bushed having done the Marple Flight yesterday, I reckon I walked miles going up and down and then up again. I slept like a baby though.
I woke this morning to the sound of heavy rain stomping on the roof, which was not what I wanted to hear. We were going to move no matter what the weather threw at us, but that would not happen until we had our cup of tea in bed and then afterwards, dog walked and breakfast eaten, after all priorities have to be set. 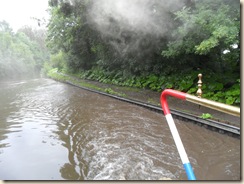 Before preparing to leave, I relit the back cabin fire, just in case I should need to dry out all our clothing. 9.15am we left the over night mooring at New Mills with the rain falling steadily. 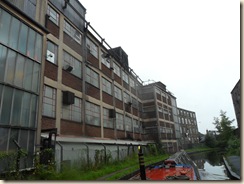 The smell of sweeties filled the air as we passed by the Swizzlers sweet factory mmmm, I love the smell of love hearts. 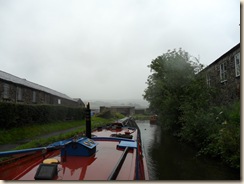 The Pennines were shrouded in very low cloud. 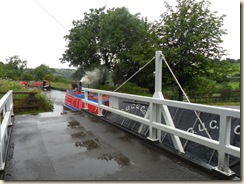 Carr swing bridge out of the way and it was pleasing to see the broken lock had been replaced and the bridge had received a coat of paint. 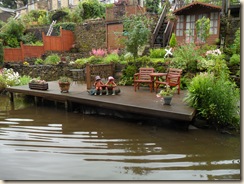 Made me smile.
The rain had stopped and it was beginning to brighten, I could now see some of the Pennines as the cloud lifted. 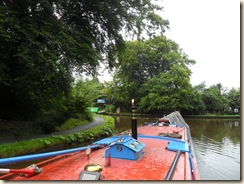 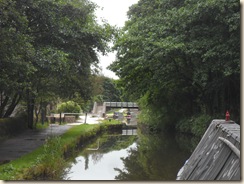 The sun was now actually trying to put in apperance as we approached the basins. 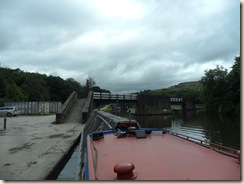 We stopped at the sanitary station first, to empty the toilet cassette and to get rid of a mountain of rubbish, some of which was ours and the rest was what we had collected from the towpaths over the past few weeks. It was just as well they had plenty of bins. Before moving off to find a mooring, I walked up to the top basin to see if there were any boats moored up, to find it completely empty, so that would be our destination. 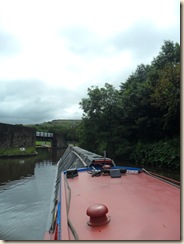 We left the sanitary station and headed towards the top basin. 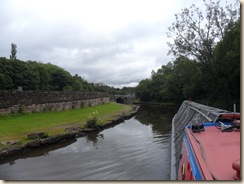 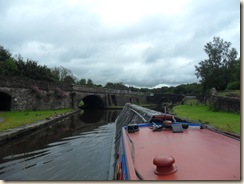 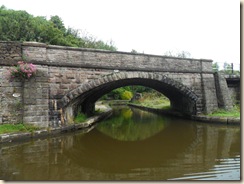 Not sure we could get in there, as it may not be deep enough. 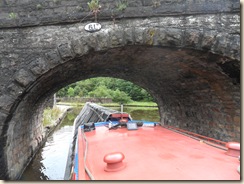 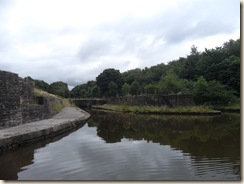 This was our destination, but before mooring up we winded the boat. 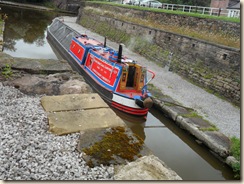 All moored up, Keith rang Kuranda to let them know we had arrived. Darren delivered our new battery an hour later, I had left the boat to sign in at the office and to get a mooring ticket, and this was when Darren arrived, but the time I got back to the boat, Keith had the kettle on making Darren a cup of tea. We sat and had a nice chat about boating, festivals and everything in between. It was nice to actually sit and chat to Darren, because normally Keith is in contact with him on e-mail or Facebook.
After Darren had left, it was time for some lunch, I had been cooking some Lamb burgers in the back cabin stove since 11.30am, so we had them in rolls with a coffee. 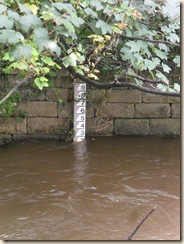 The River Goyt which runs alongside Bugsworth Basin, is swollen and is set to rise further. 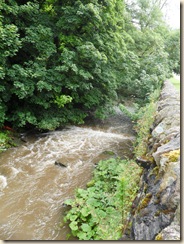 We are in Bugsworth Basin for a few days, so hope to get lots of photographs.
Posted by Jo Lodge at Thursday, July 19, 2012