Firstly I wish to thank the owner of the boat moored in front of us, for starting his engine at 11pm last night. Yep this numpty fired up his engine having got back from the pub. How do I know he had been to the pub, well I heard the loud drunken conversation he was having with his mates. I went to bed at 10.30pm because I was tired and had a headache. I had hoped the headache would go if I could get a decent start to my nights sleep, but that was not to happen. First of all I was woken by the mans lack of silence and then further more by the droning of his engine. I know it was 11pm because I got up to take some more Paracetamol. I was still listening to the engine droning at midnight and then thankfully I fell asleep, so I have no idea what time his finally turned his engine off.

Having had a disturbed nights sleep, I was awake just before 7am, so got up and made both Keith and I a cup of tea, we then lay in bed discussing what the day would bring as the sun shone through the portholes in the pigeon box. 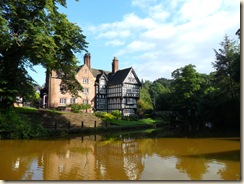 We walked past the Packet House, Originally built in 1760 - black-and-white timbering added in 19th century. 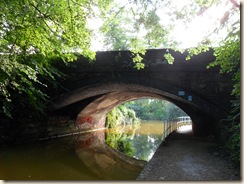 Under Worsley Bridge, which gave off a wonderful reflection in the sunshine. Paddy enjoyed his stroll as did I.

Back on the boat for breakfast, I suggested we go for a stroll just in case it should decide to rain, because rain had been forecast. So after the generator had charge the batteries and a coffee, we locked the boat up and went walking. I then spotted that a boat had moved off further down the towpath towards the Packet House, so we decided to move Hadar away from the busy road and the boat who ran his engine late, in case it was going to happen again tonight. 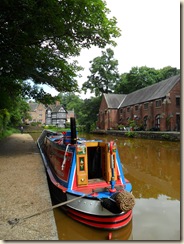 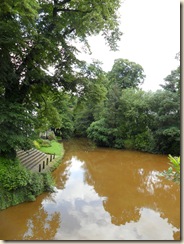 We walked up on to Worsley Bridge and down to the entrance to the Delph and the Duke of Bridgewater’s mines. 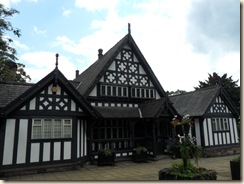 Many of the buildings in Worsley are mock-Tudor. This is Worsley Court House built in 1849 for the 1st Earl of Ellesmere. 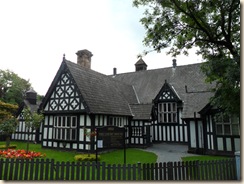 It was built over the site of the village stocks, these days it is used as a venue for wedding receptions and parties. 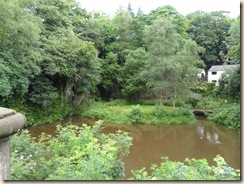 The entrance's to the mines, probably better seen in the winter without the foliage. It's a shame not more is made of the mines, so people can get a better view. 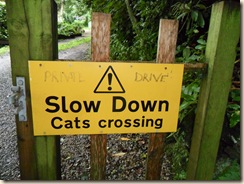 Loved this sign. I wonder how many cats they have? 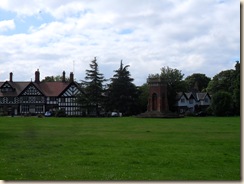 We then walked to the green. Worsley Green today has the appearance of a traditional village green, but until 1903 this location was a hive of industry, with the area being occupied by a boat-building yard, nailmaker's, basketmaker's and wheelwright's workshops, timber yard, warehouses and railway siding. 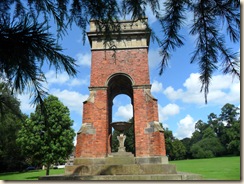 I love the fountain which was built in 1905 by the third Earl of Ellesmere, in memory of the 3rd Duke of Bridgewater.

We strolled along the towpath. 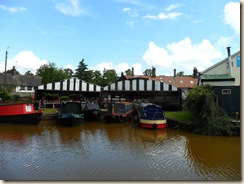 Pasted the dry docks which were built in the 1760s. Most of the mine boats and some barges (“Dukers”) were built and repaired here. These dry docks are the oldest inland waterway dry docks in Britain and are Grade Two Listed Buildings. We crossed over the footbridge and walked along the high street. 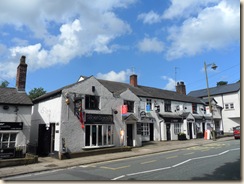 There is a handy newsagent, a cafe and other places to eat. 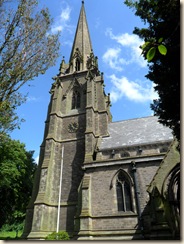 We then walked up to St. Marks Church. It was built in 1844–46 and was one of the earliest of 470 churches designed by George Gilbert Scott. 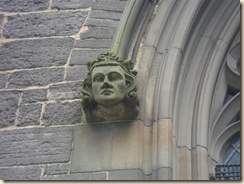 There are numerous carved gargoyles of all description around the church. 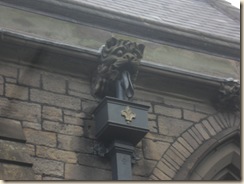 With lunchtime fast approaching, we decided to eat at The Bridgewater Hotel. Whilst there a wedding party began to arrive. 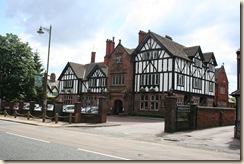 The food was very good as was the pint of Wainwright's. 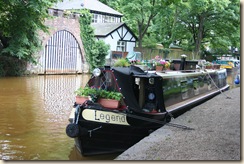 When we got back to the boat, a familiar boat was moored behind us. It was Ann-Marie and Dave on NB Legend. We had seen their boat a few times and yesterday I began reading their blog, so what a small world we live in. We had a lovely chat to them both, it was wonderful to meet yet another blogger. 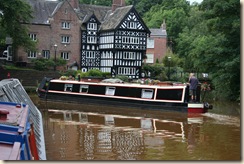 After they had been for a wander, they said "cheerio" and headed off. Moored behind is now is a widebeam named Jester. Whilst chatting to the owners, I noticed a bride and groom having their photographs taken on the footbridge. 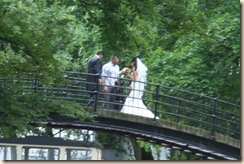 Then 15 minutes later another bride and groom arrived to have their photographs taken. 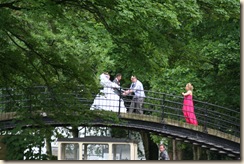 Obviously it is a popular place for wedding photographs. Unfortunately for the second wedding party, rain began to fall no sooner the first photographs were taken.

The day is now drawing to a close and apart from walking, eating and chatting the only other things I did today was relight the back cabin stove to dry our donkey jackets and to paint the bow, so a quiet day for me really. Still no TV signal, so we will be delving into the DVD collection again.