Between Lomas Br 59 and Stringers Br 60 to the South Portal of Harecastle Tunnel. 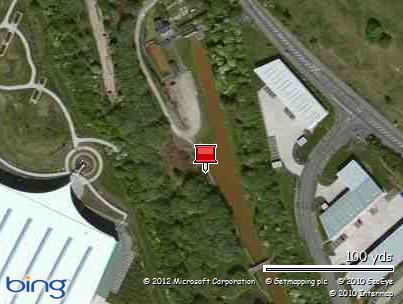 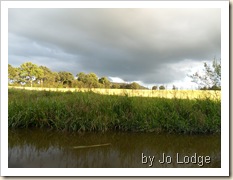 With an horrendous weather forecast given last night, we were once again wondering weather we would bother to move off. When I got up the boat was leaning, which suggested the water level had dropped a little over night. When I took Paddy out for his morning walk it was drizzling, more due to low cloud than anything else, so we took the decision to get up and go. 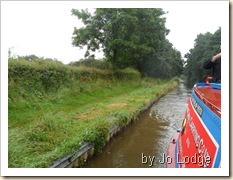 The drizzle did appear to be getting heavier, but once on our way it did not bother either of us. 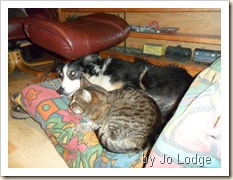 Paddy and Marmite went to bed whilst we were on the move and I think Marmite was feeling a little cold, because it did feel more like Autumn than Summer, even my hands were cold. 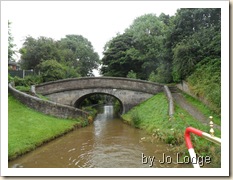 We arrived at Congleton and passed NB Nobody Knows and Kevin wished us a "good morning" and asked "what has happened to the weather", I said " just be grateful it is not snowing" and we both laughed. We have been seeing Kevin from time to time whilst cruising this year. 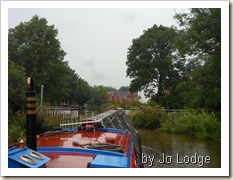 We crossed the Congleton aqueduct and passed on through even though there were plenty of moorings to be had, which does not happen very often. 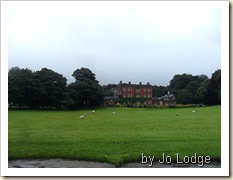 Ramsdell Hall looked lovely even in the drizzle. I have written about the Hall in a previous posting back in March. BLOG

It was onward to Hall Green and whilst on the move I made us a coffee and then took over at the tiller whilst Keith took a comfort break.

We cleared Hall Green Lock, with at least a couple of boats behind us. The farmers wheat crop is getting ready to be harvested in August. If the sun had been out, it would have looked like a field of gold. 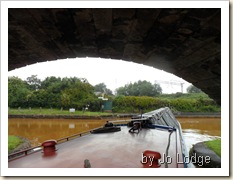 We turned right at Hardings Wood Junction at 12.20pm and the drizzle had stopped. We were back into the land of orange water. 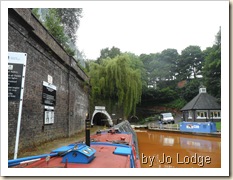 At 12.30pm we arrived at Harecastle Tunnel and were told there was a boat coming from the other end, so it would be about a 40 minute wait, which was not a problem, it gave me time to make us some lunch and another coffee. Having eaten lunch we were then told that the boat which had been coming through the tunnel, was now not coming, it had been reversed out of the tunnel having gone 100 metres. At the time we did not know the reason why at the time.

1.15pm we entered the north end of Harecastle Tunnel, which we find very shallow. We were told by one of the tunnel keepers, they have been asking for it to be dredged for the past four years as they know how shallow it is, but it has not been done yet.

As we cruised the 40 minute trip through the tunnel our tunnel light kept flickering and my worry was it was going to go out completely in a smoke filled tunnel, so I stood in the engine with our spot light ready and waiting should it be needed. Thankfully we did make it out of the tunnel without needing the spot light, it was then we found out that the boat which had reversed out of the tunnel had a water pump failure. 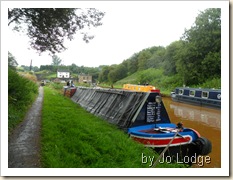 We are now moored up at the South Portal for the rest of the day and have a good TV signal, so I will be glued to the Olympics. I have enjoyed today's cruising even with the drizzle.

On the downside, Keith's camera has packed up. We do not have much luck with cameras it seems and my power pack for my laptop has decided to pack up as well. Whilst I was typing this posting I could smell burning and discovered it was my power pack grrrrr.

We now have a flippin motorbike whizzing backwards and forwards along the towpath beside the boat. I hope that it does not stay long, either that it lands in the canal.