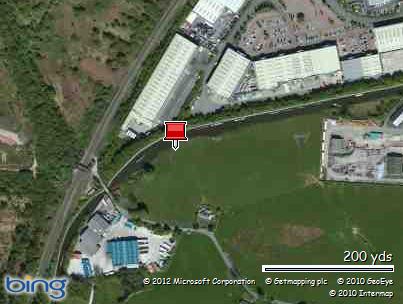 Did you watch the opening ceremony for the 2012 London Olympics last night?

We did, we stayed with it until 12.45 am and then gave up and went to bed. To be honest, no sooner Sir Paul McCartney started singing, that was the time to hit the hay. Sorry but he cannot sing anymore. The opening ceremony was amazing, Danny Boyle did us proud. 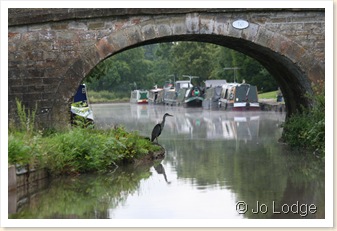 6 am and the alarm went off to get us up for an early start. No sooner I stepped off the boat with Paddy, it was clear the heat of the past few days had disappeared and there was an almost Autumnal chill. A lone Heron stood beneath the road bridge hoping to find some breakfast, as the mist rolled along the canal.

7 am we set off from our Fourlanes End mooring. 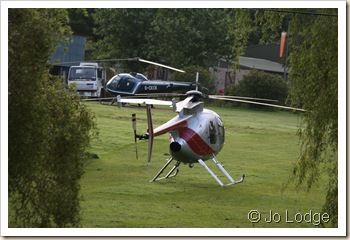 Just past Braddocks Bridge No 19, two helicopters. How the other half live. 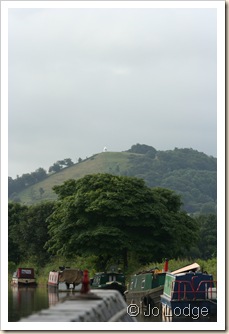 The sun began to put in an appearance at 9 am, but it was still chilly. High on the hill to the south is White Nancy. Bult as a summer house by the Gaskell family in about 1815. It is regularly painted and this year it was decorated for the Queens Jubilee. We had never noticed it before. 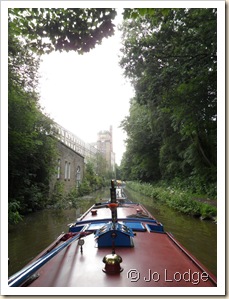 I took the tiller just before Clarence Mill for a short while, whilst Keith popped into the boat. 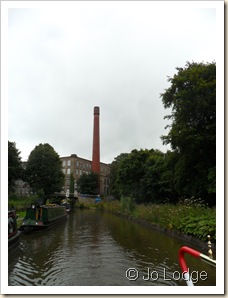 It is a stunning mill and the sister to Adelphi Mill. It was onward through Bollington. 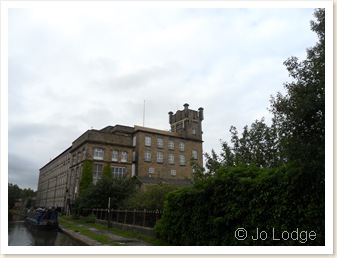 Past the Adelphi Mill, which has 48 hour moorings outside of it, but many of them have been lost, because of the bank collapsing. The mill was once a silk mill, but is now offices. 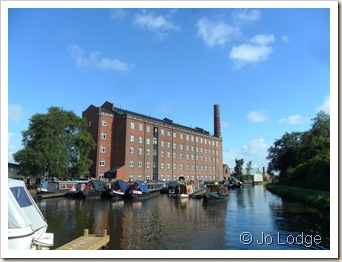 Before pushing on through Macclesfield we passed the old Hovis Mill.

After Macclesfield we crossed over the Gurnett Aqueduct, all its 48 hour moorings were full. The canal then followed the contours of the land, through a nice area. 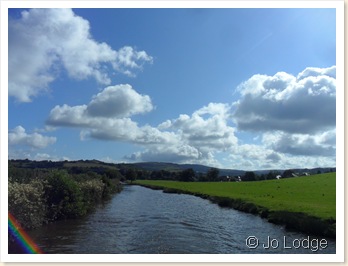 As we came close to Danes Moss and the large expanse of flat land, Keith asked did we want to stop, as there were some spaces, so we pulled in to test whether we could actually get in and yayyy surprise, surprise we got in no problem and the sun came out to celebrate the fact. The TV aerial went up and we have a great signal, so we will be watching the Olympics. Whilst Keith updated our boating log, I got on with making a cottage pie and as I was cooking the mince, I saw a green bow coming past the galley window and the name Valerie. This meant only one thing, Jaqueline and Les were coming past. 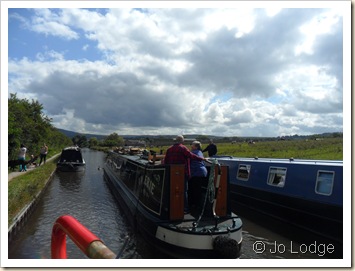 We went out to greet them as they pulled alongside Hadar for a natter. It is always great to catch up with friends and to find out their news and plans. Les gave us some information on where to pick up some wood, so we may well go and investigate the tip off when we move off on Monday. Having exchanged tales and gossip, they were on their way and I was back to my cottage pie.

Lunchtime and I am now sitting down to Sausage sandwiches, whilst watching our British Gymnasts compete in the qualifying and all bodes well so far. So I will say cheerio for now.