Dukinfield Junction to the bottom of the Marple flight. 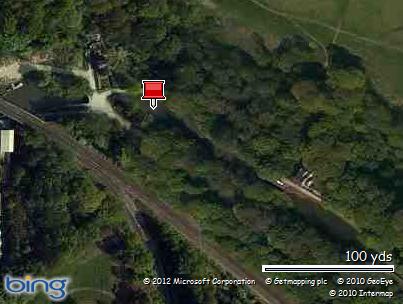 Move or not to move that was the question being asked this morning in bed whilst we drank our morning cuppa at 6.30am. When I got up to make the said cuppa, it was raining that drizzly stuff, so we thought we would stay put for the day. But then when I got up at 7.15am the rain had almost stopped and the decision to move had been changed to lets go.

We got on with preparing the boat for the off, just as geese on parade came past. 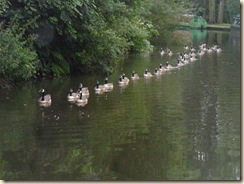 Boat ready I walked up to the lift bridge and wound it open ready for Keith to glide through. The rain had now begun to fall steadily again, but we were on the move so were prepared to put up with it. With about quarter of a mile done, Keith felt there was something on the prop. 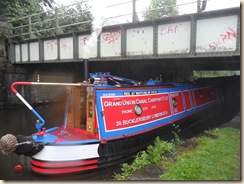 We pulled in underneath a railway bridge, I held the centre line, whilst Keith got the weed hatch off and delved into the cold water of the Peak Forest Canal. Although there was not a huge amount of rubbish on the prop, it was enough to slow us down on this every shallow canal. A few times we rode up over things and found that we had to stay in the centre of the canal, or face being on the mud. 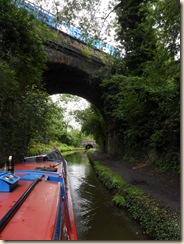 First tunnel of the day was Woodley Tunnel 167 yds. 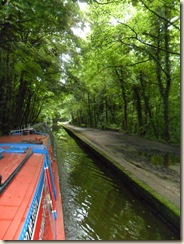 A lot of this stretch is the Tame Valley with much of it wooded. The rain had now decided to quit and the sky was brightening 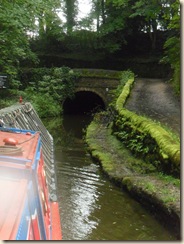 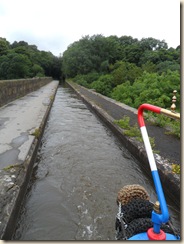 We then crossed over Marple Aqueduct. 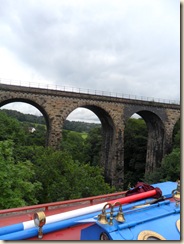 Marple Viaduct to our left. 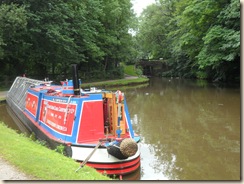 We arrived at the bottom of the Marple flight at 11.45am, there were three boats just starting up the flight and so I walked up to see what the situation was with a boat just entering the bottom lock. 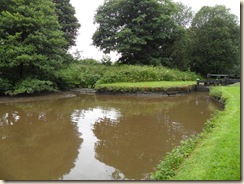 The lady working the locks told me that it was going to be very slow because the pounds were all very low and they were having to let water down from each of the pounds above, so this did not bode well for us following the others up, so the decision was taken to stay moored at the bottom for at least tonight. Having moored up, I made us some lunch and a coffee. I then walked up the locks at 1.30pm to see what it was like pound wise, to find the pounds low and the boat still climbing the flight, they had reached lock 7 some two and a quarter hours after they set off in the bottom lock and were finding it hard work. 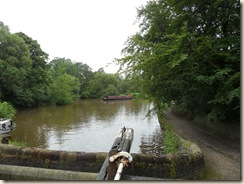 The hire boat ahead of them was then stuck on the mud in the pound between locks 7 and 8 and was going no where, I could not understand how on earth he had got way out there. 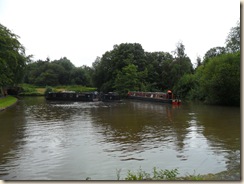 Luckily for the hire boat, the boat behind them was able to give them a tow off the mud. 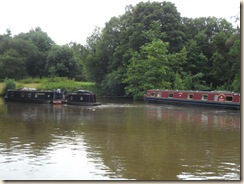 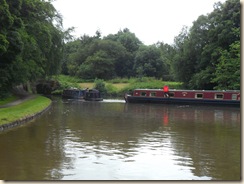 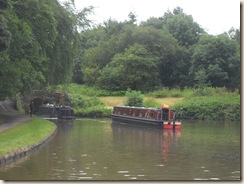 The next issue was, whilst the gentleman on the hire boat tried to retrieve his bow rope there was no one at the tiller, so his boat was drifting back towards the mud. There was on this gentleman and a small child on the boat, the rest of the crew were on the bank. 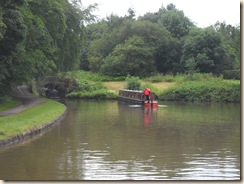 Thankfully he managed to get back to the tiller and stop the boat from ending back up on the mud after the lady on the towing boat, shouted at him "Forget the rope, get the tiller". It was a bit of excitement for a few minutes, but they went on their way and it is going to be a holiday they will never forget. 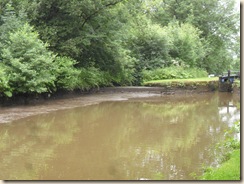 As I walked back to the boat, another boat had begun to climb the flight, emptying the pound once again. I am so glad we decided to stay put for today at least, I would prefer to do the locks first thing in the morning, when we have all day to work them. Working them so late in the day, means you may struggle to get a mooring at the top, because the few that are at the top will probably all be gone, by boats hoping to come down the flight in the morning.

So back on the boat, and I have a Thai curry sauce simmering and to that I will add King Prawns and Mushrooms later. Marmite is laying on the galley stove and Paddy is sleeping in the back cabin, so all is good in our world, only down side is we have no TV, so I guess the DVD collection will come out and we will get on with watching something from the A's again.