I had the best nights sleep and woke some nine and half hours later, only woken by Keith climbing over me. With Keith up, he made us a cup of tea, which was enjoyed in bed with the TV on. At this time the sun was out and it looked promising, but it was not to last. 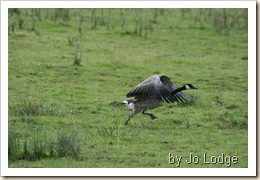 The Canada Geese which feed on the field opposite us during the day, were beginning to arrive for breakfast and being very noisy as they did so, but that is Canada Geese for you. 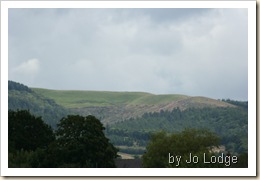 After getting up and walking Paddy, Keith cooked us breakfast as he always does on a Sunday. I do the cooking for the rest of the week, so it is my one day off as far as breakfast is concerned. Whilst the generator was on, I stripped the bed and got the bedding washed, which I hung out on the back counter, but no sooner I hung it out, rain began to fall with ever darkening clouds coming in from the west. So I swiftly retrieved my washing and hung it in the engine room. 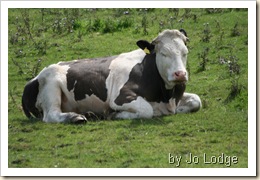 The sun then came out again and the cows opposite seemed to be relaxing in the sunshine, with Canada Geese in the mix.

After breakfast, I made us some Chocolate Chip Muffins, the smell in the galley was very scrummy. Boats were coming and going, some travelling slower than others past us, but it was hardly worth saying anything, because very few boaters actually listen when you ask them to "please slow down past moored boats". On a couple of occasions the boat lurched alarmingly, just glad I was not carrying anything hot at the time.

With no plans to do much, the TV went on to watch the Olympic Games and I was not to be disappointed, especially after yesterdays men's race which did not end in joy for GB, but the women produced the goods when Lizzie Armitstead got the Silver medal in the Women's Road Race, after an exciting race. Congratulations to Lizzie. 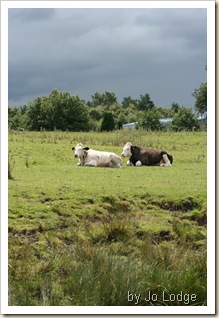 As I sat and watched the games, rumbles of thunder were heading our way, maybe that is why the cows were all laying down in the field opposite the boat, the dark skies were certainly coming our way as was heavy rain, which soon started thumping on the roof of the boat. More success for us in the games with Andy Murray winning his first match in straight sets, beating Switzerland's Stanislas Wawrinka 6-3 6-3, so he is through to the second round. A sport I have never watched before is Water Polo and so Keith and I sat down to watch GB against Romania, Romania beat us comprehensively. Another win for us un the beach volley ball as ara Dampney and Shauna Mullin beat Canada. GB's Gymnasts did us proud, by finishing second behind the American's in the first selection process, so it looks good for us being in the final. So at the moment it is going well for team GB.

As the day has worn into evening, I cooked dinner, washed up, fed the animals and made us coffee. I am now going to put my feet up again and watch the women taking on Japan in the Hockey, at the moment we are leading them 4-0, so come on ladies.

Hope you have enjoyed a great weekend?