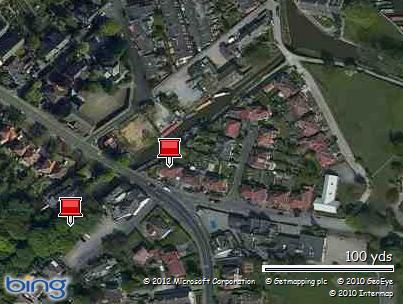 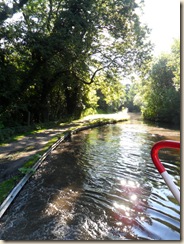 I was awake again on and off throughout the night, partly due to the heat and partly due to the Menopause, which makes my night sweats annoying when it is warm. I did leave the slide open a little, but I was still far to hot to sleep. Anyway having had little sleep, I was wide awake and up just after 7.30 am. I opened the back cabin doors and the sun was lovely and warm, so shorts and strappy t-shirt were called for again. It is fantastic to think Summer has finally arrived, even though it may only be for a few days.

8.40am we left our over night mooring and headed off into the wide blue yonder, ok it was not wide as the Peak Forest Canal is narrow in places and shallow, but it was definitely blue, there was hardly a cloud in the sky. 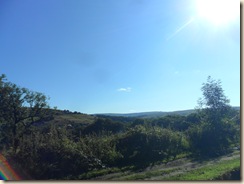 No sooner we left our mooring, we picked up a new friend. 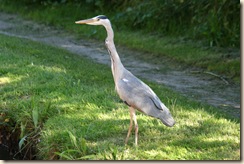 This Heron followed us all the way from New Mills to Turflea Lift Bridge. 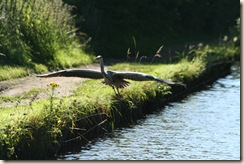 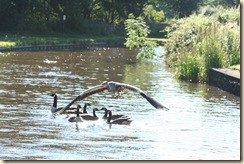 I reckon we were one of the first boats on the move and so stirred up the water, making the fish move, because it did catch a fish after we went past it. 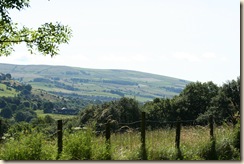 The views across the valley were truly stunning. We had a fantastic view of the Pennines. Whilst on the move I made us a coffee. 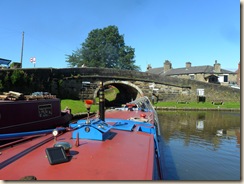 10.15am we arrived at Marple Junction and turned left. 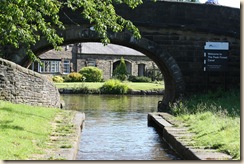 Beyond the bridge Former wharfinger's house. 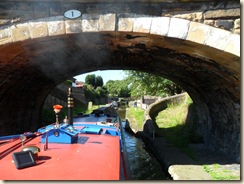 When ever we have been through Marple before there has never been anywhere to moor, but today because we had no plans to stop there was space for a couple of boats, so the decision was taken to stop. 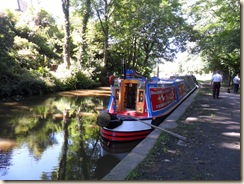 Both Keith and I wanted to have a look around Marple. So we pulled in to the 48 hour moorings and were pleasantly surprised to see we could actually get into the bank.

We locked the boat up and walked down into Marple town centre. 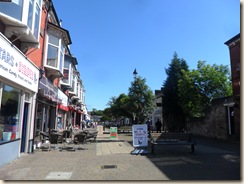 It is a lovely little town with all facilities and plenty of cafes for a coffee or two. 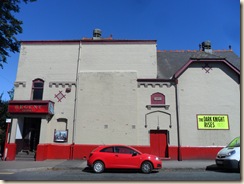 It also has an old fashioned cinema. The Regent Cinema is a proper old fashioned theatre-style cinema with one screen. They still do an intermission half way through, with ice creams sold. Since 1932 Marple has had a cinema in this building, it was designed in 1878 as a place of worship/refuge. The building was purchased in 1932 by "The Marple Cinema Company" and became The Regent Cinema. There are not many like this anymore. Like with most towns Marple has a few charity shops and I bought a lovely strappy top for £2.99, maybe I will get to wear it now the weather has changed. 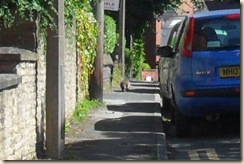 On our walk back to the boat, we were just about to cross a road when a Badger came running along the pavement in our direction, but as Keith got his camera out, it scuttled off in the opposite direction. This is the first live wild, Badger we have seen, usually we see them floating in the canal. I wish i had my other camera with me now, I would have got some great shots grrrrrr. I have to say we both got quite excited on seeing the Badger and just a little surprised to see it out midday and in a town.

On the way back to the boat we spotted NB Patience moored up, so walked over the bridge to go and say "Good morning" to Elaine and David. Having had a quick chat to them, we were then back on board our boat and I was making something for lunch and cooking a quiche for dinner. Cooking it early means the boat has more time to cool down, although we are under trees and it is very pleasant.

Nothing else planned for the day, but I will get a few cleaning jobs done no doubt.