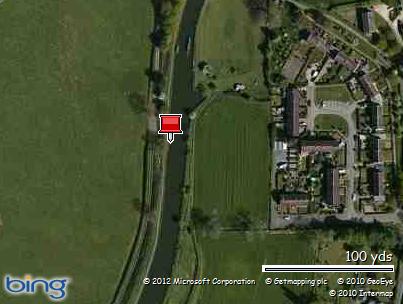 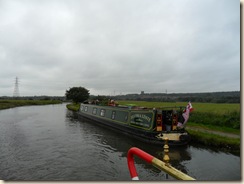 An overcast start to the day, which was brightened by a quick chat with Rita and Scooby on NB Festina Lente, before we both set off, they were heading South and we were heading North, but we will see each other again sometime. 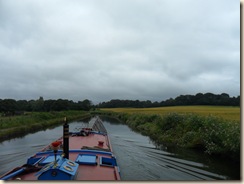 The weather forecast for the day was not very kind, so we were expecting rain and it did in fact rain on and off throughout the jaunt. With this wet then sunny weather, the farmers wheat crops are beginning to turn ready for harvesting later in the Summer. 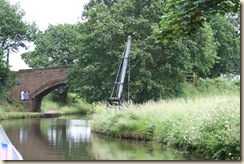 At a lot of the bridge 'oles we saw cranes, which are used to lift the stop planks into place should there be a problem on the canal. The Bridgewater Canal is 65km (39 mile) long and broad beam, with no locks, so if anything should go amiss that would be an awful lot of water escaping. The Bridgewater Canal is owned and operated by the Manchester Ship Canal Company in conjunction with the Bridgewater Canal Trust. In its heyday the canal was a commercial waterway, but it has now been taken over by the leisure boats after freight stopped using it  in 1974. 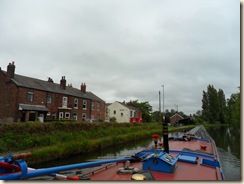 We went past Moore, where there is a small shop on the side of the canal if your desperate for supplies. 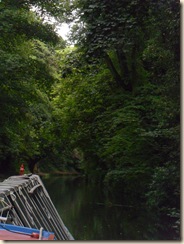 We cruised through a lot of wooded areas. 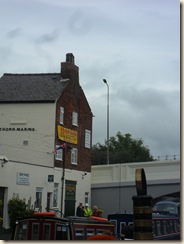 Close to Stockton Heath we stopped at Thorn Marine, so Keith could get his electric cable crimped, because Midland Chandlers did not have a big enough tool to do the job. Next thing is to get another battery later in the year. £9 paid and job done in a bought 5 minutes, we were off again with rain gently falling. The building that Thorn Marine is housed used to be a fodder store, stables and staff houses for the packet boats. 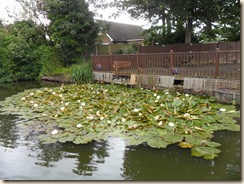 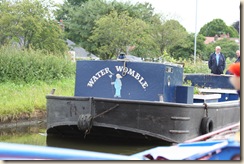 Just before Grappenhall we met up with the Water Womble, which is rubbish collecting boat, it cruises up and down the canal fishing out the rubbish some boaters and land lovers see fit to chuck in the canal. It would be fantastic if all canals had such a boat, then just maybe they would stay as clean as the Bridgewater Canal. We gave the guys a wave as we both went on our way. Every now and again I caught a glimpse of the Pennine's in the distance, before we got to Lymm. 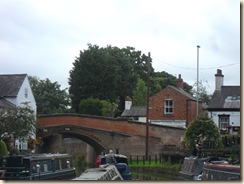 Just as we were entering Lymm a boat pulled out in front of us. 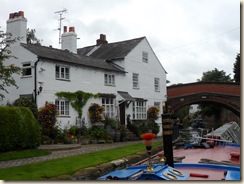 It was just as well we did not want to stop, because there was not a mooring big enough for us to get into. We stopped at Lymm in 2005 and thought it was a charming place with many historic buildings. The one thing we did notice as we cruised through it was the smell of fish and chips mmmmm. The village is a designated conservation area because of the listed and unlisted buildings. 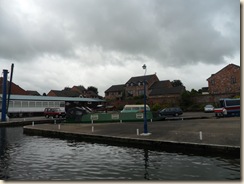 After Lymm is the Lymm Boat Club, which has a long stretch of moorings, so we spent a long time in tickover, which was not that unpleasant, because there was plenty to look at. 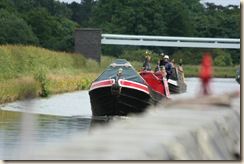 On the other side of Oughtrington I spotted a couple of boats we knew well. In front was Glyn and Roe on Aquarius. 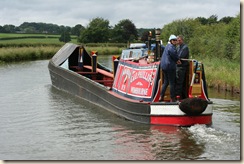 And behind was Roger and Teresa Fuller on Azalea. 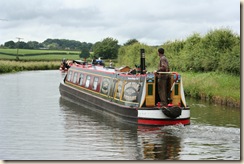 They had all just come back from their trip to Liverpool, which they said was fantastic. It makes me want to go there even more now, but no firm plans just yet. 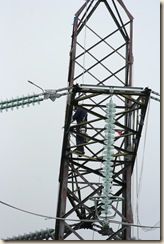 Just after seeing Roger and Teresa, we saw men climbing up this pylon, with paint pots to hand. First man at the top. 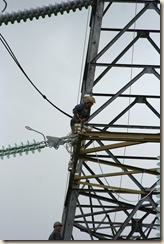 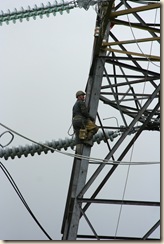 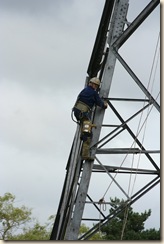 And finally a fourth. 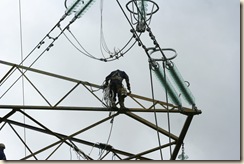 Going out on a limb with his brush. 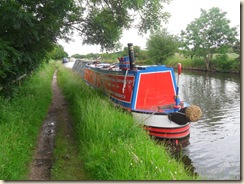 A short while afterwards we moored up at Little Bollington, rammed the Rond anchors into the ground and tied the boat up for the day. We have a good TV and internet signal, so all is well with my world, because I can get on with e-mail, blog and facebook, and also watch TV. It will soon be time for dinner, so I need to raid the freezer. Marmite is in the engine room checking out the wildlife from her bed and Paddy is lying on the bed in the back cabin.