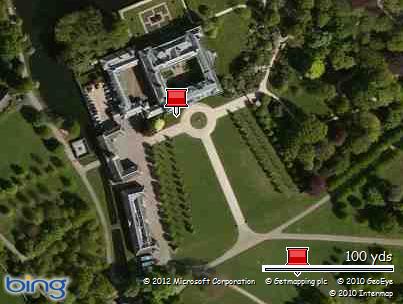 Dunham Massey Hall and Deer Park is well worth a visit and so this morning we locked up the boat and walked to the deer park and hall. 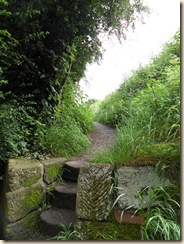 From the mooring we walked to the bridge and down the steps to the footpath. 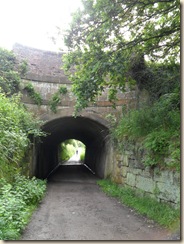 We then walked under the bridge and past the pub. 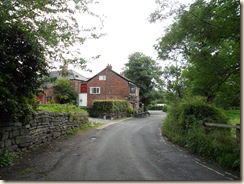 Past the pub the Swan with two nicks, follow the road to its end and cross over a narrow bridge. 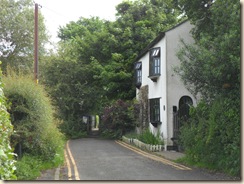 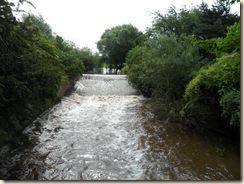 The bridge crosses over a mill stream, which had quite a flow on it after the rain we have had this past few days. It was then a short walk up another footpath, with the house in view, up and over some steps into the park. 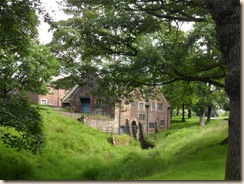 The first thing you see from the footpath is the 17th Century Mill, which is superb. The waterwheel still works and can be seen in action from 12pm, Saturday to Wednesday.

Dunham Massey Hall and Deer Park is now under the ownership of the National Trust. Set in a magnificent 121-hectare (300-acre) deer park, the Georgian house is exquisite. When we were there in 2005 the house was covered in scaffolding and plastic sheeting, so it was fantastic to see it in all its glory. 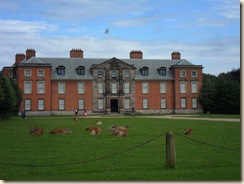 The hall was donated to the National Trust by the last Earl of Stamford, in 1976. The house was not open today, but we had already done the house in 2005 and were only interested in walking around the park. Many of the oak trees, which make up the larger part of the woodland, date back to the 17th century. 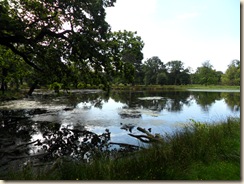 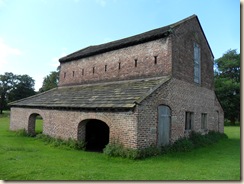 Deer Barn or house built in the 17th Century. There is a hay loft above the ground floor, whilst there the deer were actually lying in the barn.

The main draw to the Hall and Park are the Fallow Deer and I wanted to take as many photographs of them as possible, because I lost all the photographs I took in 2005, when a hard drive packed up grrrrr. 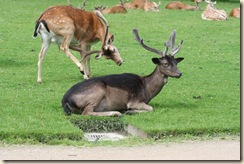 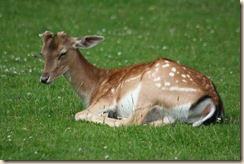 Time for a snooze. 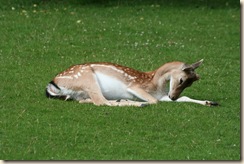 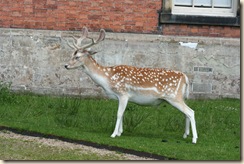 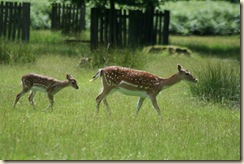 Keith and I have a lovely morning walking around the park, which costs nothing, you only pay to go in the house and house garden, so we had lunch in the restaurant, which was excellent.

After lunch we did more walking around the other side of the house around the lake. 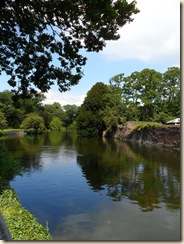 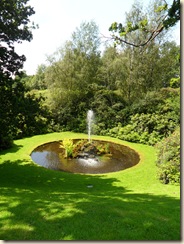 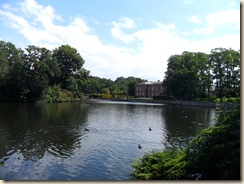 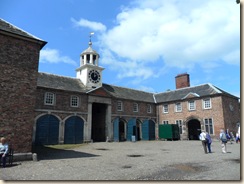 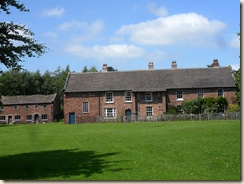 After a bit of a sit down, we were then ready for an ice cream made by Snugbury's. We both had a double scoop of Mint Choc ice cream and it was scrummy. A little more walking, and then it was back to the boat as we had a few spots of rain.

Dunham Massey Hall and its park is well worth a day out and it is a great place to bring the kids, who can run around the park. You can take your dog, but it must be kept on a lead at all times.