Danes Moss to between Lomas Bridge 59 and Stringers Bridge No60 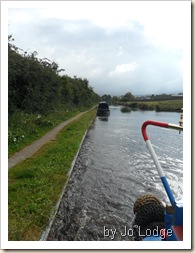 Now we all know the weather forecasters can get it wrong, and so despite waking up to rain thumping on the roof of the boat, we decided that if it should stop we would make a move.

9.10 am we left our weekend mooring at Danes Moss and in the sunshine set off for Bosley Locks. We got to Broadhurst Swing Bridge and it was open, now we had passed a boat coming towards us and whilst I do not want to point the finger, someone left the bridge open, when a sign clearly asks that boaters close the bridge behind them. It may have been left open by another boater, but if you read the signs, surely you would close the bridge? 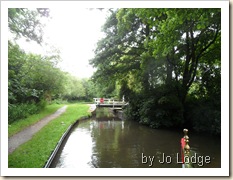 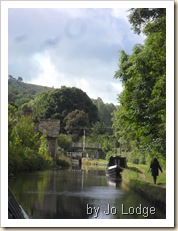 We arrived at the Royal Oak Swing Bridge and I stepped off the the boat to work the bridge. I do love this bridge, because it is worked by a Canal and River Trust key and it stops the traffic. After Keith had bought the boat through, a hire boat also came through from the other direction, I then closed the bridge to allow the traffic to move once more. 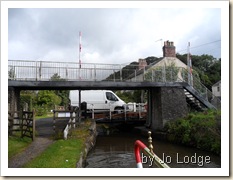 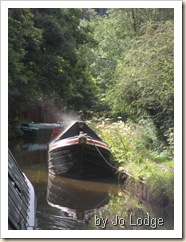 We passed Fulbourne, who looked like she was on fire, but it was just the steam coming off of her sheeting. 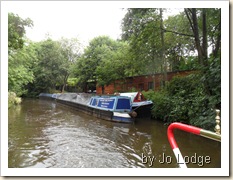 Cruised past Ann Marie and Brian, but no sign of either of them, but I am sure we will see them again sometime. The weather kept closing in and then the sun would come out as we approached the Bosley flight of locks. 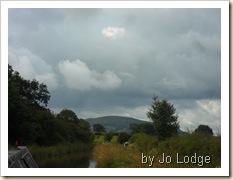 We got our first sighting of The Cloud, talked about in a previous posting BLOG. 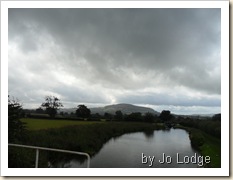 We arrived at the top lock to find Alan one of the two volunteer lock keepers on today setting the lock for us. We met Alan at the Manchester launch of the Canal and River Trust, he recognised us and so we had a lovely chat with him and I smiled as I listened to his passion for the canals and his job as a volunteer. He and Bob who was further down the flight oiling the paddle gear, work incredibly hard in all weathers, but they both love the job. 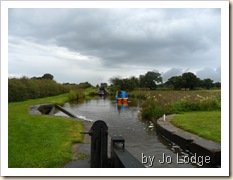 Alan had a radio message from Bob, which told us that there were several boats coming up, so this was to our advantage. Having emptied the toilet cassette and got rid of a bag of rubbish, with Alan's help we descended the first lock and saw a boat coming towards us leaving the second lock ready for us. 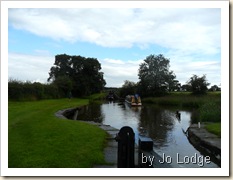 This yo yo affect continued for us all the way down the flight to lock 10, where we were then on our own, with a single hander in front of us on Sara Louise. The only problem we had on the flight was we got grounded between locks 7 and 8, but that was soon sorted out when I emptied lock 7 for a couple coming up the flight. 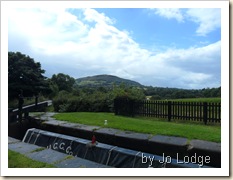 The sun kept putting in an appearance and then we would get a quick shower, but nothing to worry about for us. 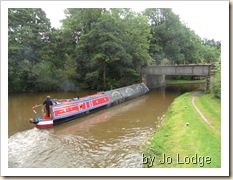 Keith making the turn into the last lock of the day. 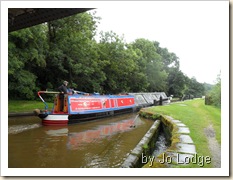 Last lock and then we hoped we could moored up below the lock. But the moorings were full, probably with the boats which had come down the flight ahead of us, we were told by Alan there were at least four ahead of us, so with no mooring we carried on and tried to get in at a couple of places to no avail. We eventually got in between Lomas Br and Stringers Bridge. 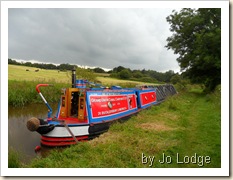 We are not in properly, but it will do. I have a good view across a field of cattle and having put the aerial we have a good signal to watch the Olympic games, so I am a very happy bunny.