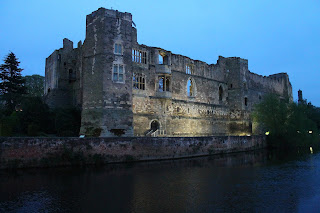 We had thought we would be staying in for a couple of days. But we realised that there was a Brazilian Circus setting up on the park by the boat. So we changed our plan. We got up and headed off to Aldi for a quick food shop, before heading off back from whence we came. 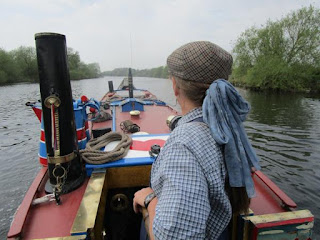 I got time on the tiller, which is always so exciting when on a river. With Hadar opened up, she was enjoying the deep water beneath her and so we made good headway. 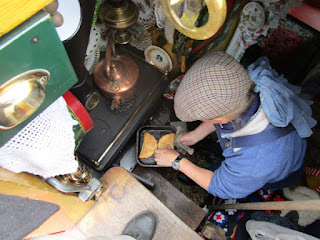 Lunch was pasties on the move. That is the joy of having the back cabin stove going. Not only could I cook lunch, I had the kettle constantly on the boil. 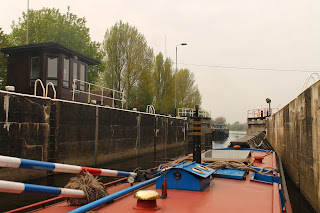 It was back up through the five locks. The weather was warmish after a chilly start and the sun did pop out every now and again. 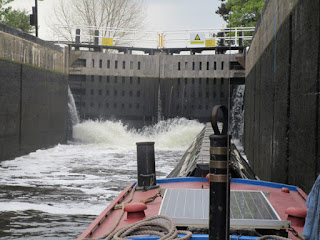 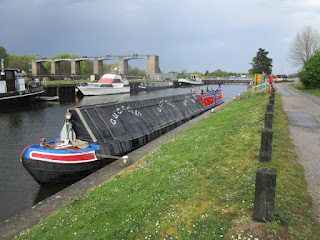 We arrived back at Holme Lock late in the afternoon. Our evening was spent with our dear friends Jenny and David. They took us out to a local pub for a meal and before we knew it, it was 10.25pm. We had such a wonderful time with them.

Today (Thursday) dawned and we had no real plans. Jenny and David came over for a coffee and a natter, before they had to head off. 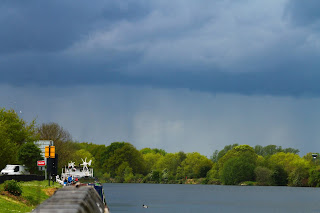 After lunch, I thought it would be a great idea to go for a walk around the Water Sports Centre, so we could get some more photographs. We stepped off the boat to see a very angry sky, but we pressed on regardless. 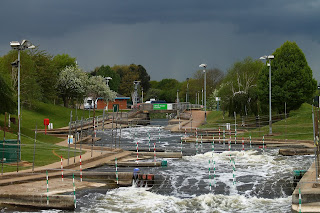 The sky got darker and the thunder and lightning began, followed by heavy rain and hailstones. 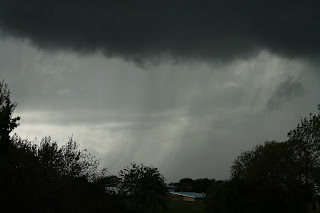 We took shelter under the cafe awning along with the canoeists who had to get out of the water due to the lightning. It was was one of the biggest and heaviest storms I have ever seen. It was truly amazing. Mother nature was really throwing everything at us. 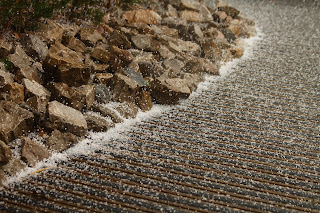 The rest of the afternoon was spent back inside the boat out of two further storms. Now we must watch to see if the river comes up, because this could mean we will not move tomorrow.