The weather forecast for today was supposed to be dreadful. It was raining when we woke up, but we decided we would work up two locks, moor up and go to Tesco for food.

Locks done, food shop done, we then decided to head for Harecastle Tunnel. 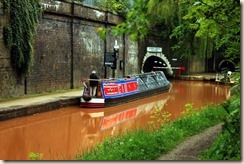 We had to wait for an hour to go through, so I put the shopping away, made a coffee and some lunch whilst we waited.

1 pm we started through the tunnel and so I put the washing machine on. It was a touch foggy in the tunnel ha ha the fans were clearly not doing a great job, because we still had all the smoke from the previous three boats. 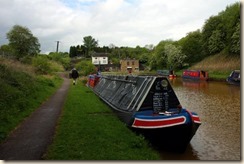 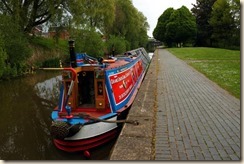 We are now moored at Westport Lake, which is stunning in the sunshine. Photographs to follow.