Time to stay goodbye. There is a song title in there somewhere. 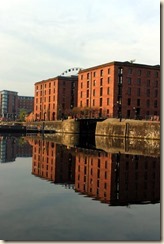 Before leaving, Paddy and I went out for a last look around the docks. The water was flat calm, giving wonderful reflections. 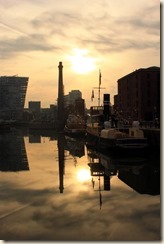 Such a treat on our last morning.

Today was leaving day and we had to be at Mann Island Lock for 8 am. We have had the most amazing time in Liverpool. It was so worth the visit and we would say if you have never been to Liverpool, please make the effort, you will not be disappointed. 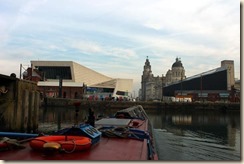 We arrived at Mann Island Lock and waited for the C&RT guys to arrive to let us through. 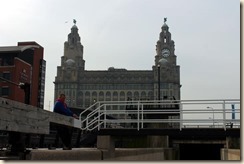 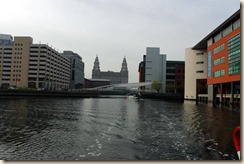 Sid was a real character. 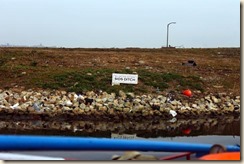 Sid’s ditch is named after the Sid in the photograph above. 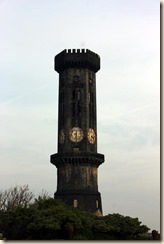 The six face clock. The only other one is in Russia. 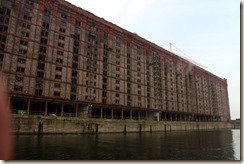 The Tobacco Warehouse in Stanley Dock, is due to be restored and is an absolutely stunning building. 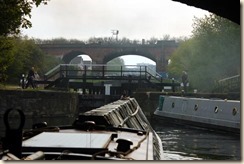 We shared the locks with John again, Keith breasted the boats up, so John and I could help the C&RT guys with the locks. 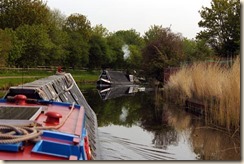 We met up with President and Kildare, they are going to Liverpool for the Steam weekend. 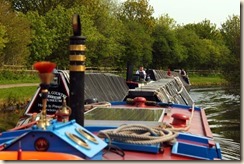 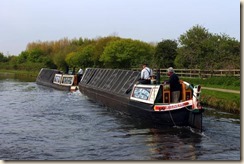 Hope they have a good time.

It was time to work the swing bridges again and hope non of them failed. We got to the Methodist swing bridge and one of the C&RT guys was there who had helped us on our way into Liverpool. The bridge had failed, but was fixed again. He was there to help a boat stranded in the middle of the canal with a fishermans keep net around his prop (Oh joy). We waited for them to be pulled into the towpath before operating the bridge with the C&RT guy. 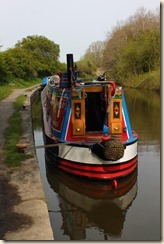 After a longish day we moored up at Lydiate.

Whilst on the move today, with no fire lit Marmite wanted some warmth and Paddy was where she was going to find it. 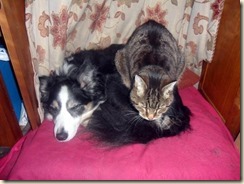