What a fabulous weekend we had. 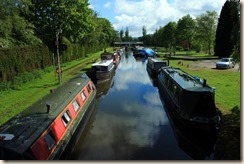 We spent the weekend outside of the Stoke-on-Trent Boat Club at Endon. We had been invited to there Barn Dance evening on the Saturday by friend Ken Marek. Saturday the weather was dreaful, it rained pretty much all day, so we did not venture out until we went to the Barn Dance in the evening. Ken let us in through the gate and we joined the members of the club. The entertainment was the Fettlers from Bolton. Michael and Jonty were excellent. Jonty was very funny with his jokes. There was also a caller who called out the dances and helped with the steps. Keith and I were only to happy to sit and watch as everyone else  worked very hard to do the dances. We had a buffet and enjoyed the beer which was £2 a pint. A good evening was had by all.

Sunday the weather was much nicer in the morning. We headed off out for a walk and found the old railway and cafe. 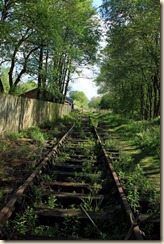 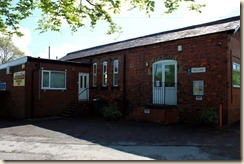 Unfortunately the Station Kitchen does not open on a Sunday or Monday, so we missed out on a cuppa.

We were again invited to join in at the boat club. We had a beer and helped to finish off the food from the buffet. There was lots of chatter and laughter. It was wonderful to catch-up with people we knew.

So here we were Monday morning and moving day. The sun was shining, but it was a bit chilly, so I lit the back cabin stove. The one thing about the Caldon Canal is it is shallow and has a lot of bends. But it is stunning. Our first stop was at the Endon Sanitary station to do all the necessary. We then headed for the junction with the Hazelhurst locks. 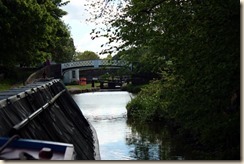 We turned right at the junction and on to the Leek Branch. 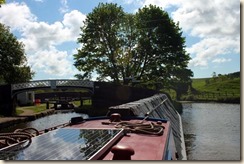 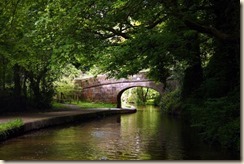 I do love the stone bridges on the Caldon and the large expanses of woodland which come down to the edge of the canal. 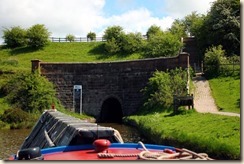 We cruised through the short tunnel at Leek. The tunnel went through extensive repair work and was re-opened back in 1985. Arriving at Bridge 9, we had to wind and then moor up. The winding was fine, it was a nice deep winding hole. We then had to reverse past three other boats, so we could moor up on the last available mooring. 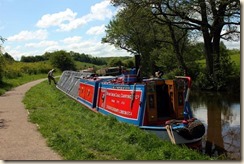 After some lunch, we walked into Leek, which is a pretty little town. 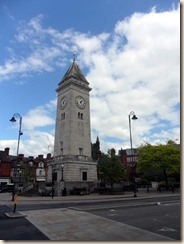 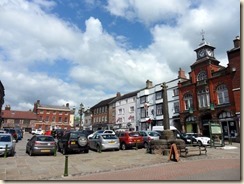 There are some wonderful independent shops, charity shops and a bug market which is open on Wednesday and Saturday, so we will miss it this trip. There are also a lot of antique shops, which were fabulous to walk around.  We had a coffee in the Green Dragon, whetherspoons and then wandered back slowly to the boat. 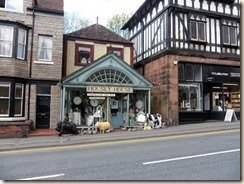 My favourite shop of the day Housey House.