Damp old start to the day, after some over night rain, it was still spit spotting as we left Wigan with Linda and George on NB Wandering Star. They were only to happy for the help with the locks. 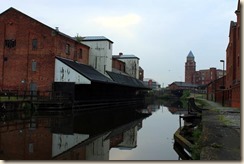 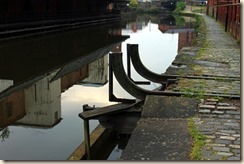 Wigan Pier is in need of some TLC, but that could also be said for the offside buildings as well. It is sad when things begin to go down hill. 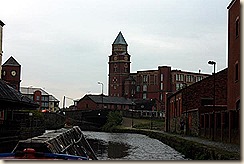 It was goodbye to Wigan.

Lots of families with their young.

The weather did not improve any through the locks and Plank Lane lift bridge, but we carried on regardless with Linda and George following on. They then stopped for a spot of lunch at Bridgewater Park and we carried on to Worsley. 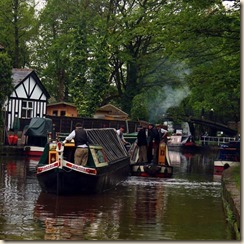 President and Kildare were leaving a mooring and so we pulled into their space, which was perfect. 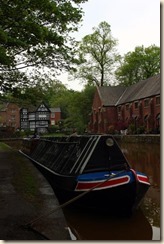 We have left enough room for Linda and George to join us when they arrive. The Packet House behind Hadar. was built in the 18th Century. But the mock Tudor frontage was added in 1845. 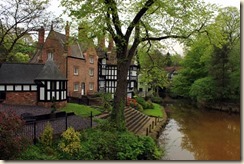 The buildings here are pretty. 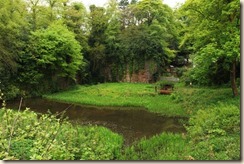 One of the entrances to the underground canal leading to the mine workings. Sadly it is all very over grown. 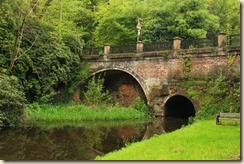 Bridge near the Packet House leading from the Bridgewater Canal to Worsley Delph. More could be made of this fascinating history, but money and effort is needed I fear.